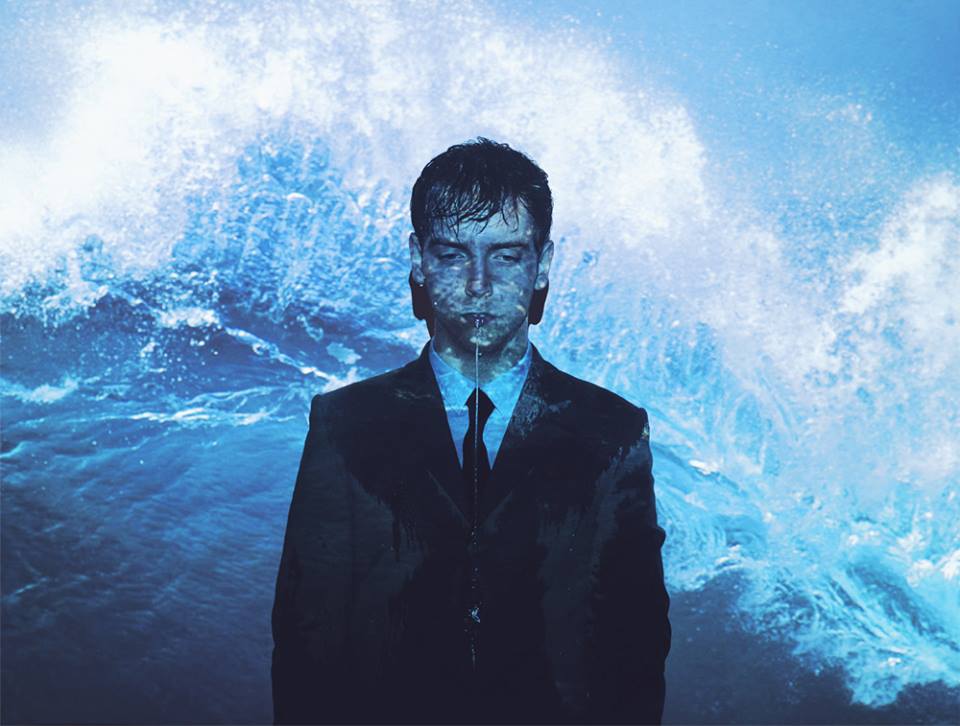 I initially discovered the existence of Sean Mundy during a scroll through Tumblr. Before me sat an image I later learned to be called “Sigil”. The first thing that caught my eye was the color, like blood in water, gradual evanescence against a pale background. Next were the cloaked figures, seemingly inhuman in their perfect similarity. Their bodies created an ironic flatness–juxtaposed against a tumultuous sky above them. It was bewitching–something that might cause your mother to question your mental health if she walked in on you studying it so intently–but stunning all the same. 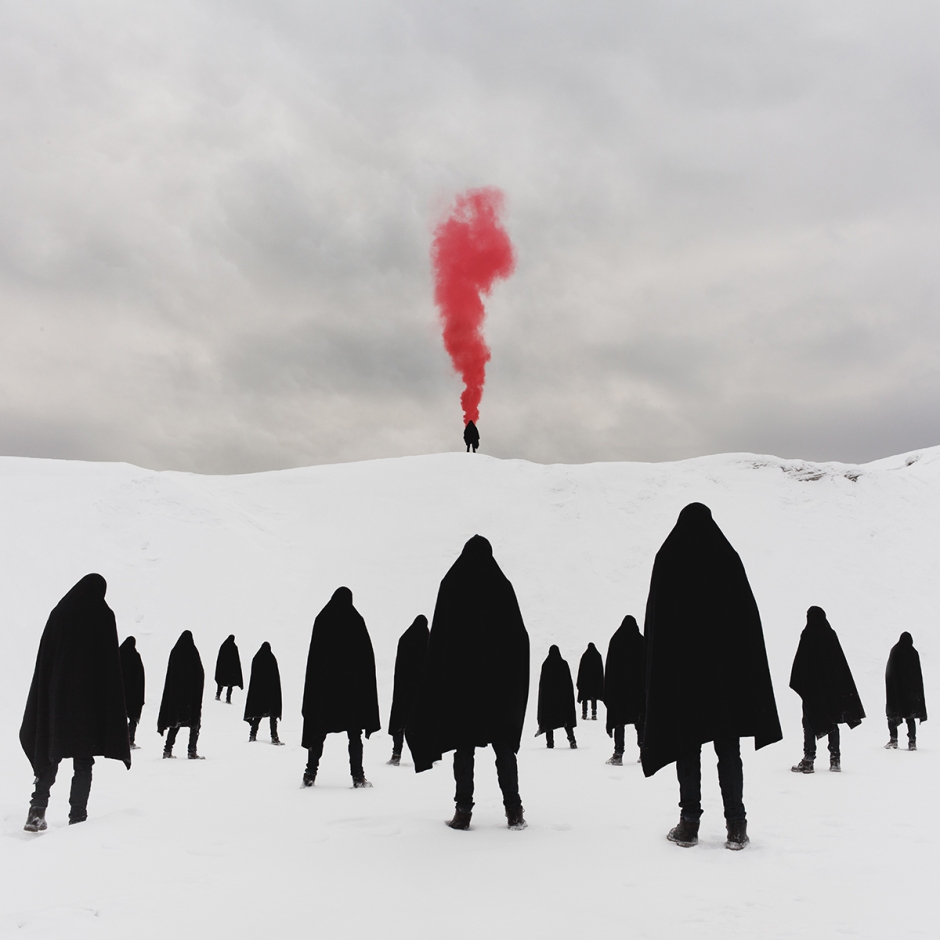 I had just two questions: Who made this and where do I find them? A bit of research and about 7 clicks later I was on the Facebook page of 22 year old Canadian photographer, Sean Mundy (thank you digital age). I tapped excitedly through his work, reading and re-reading every caption—each giving a new sense of clarity to the ever-returning question of “How was this made??” 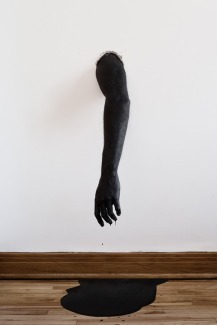 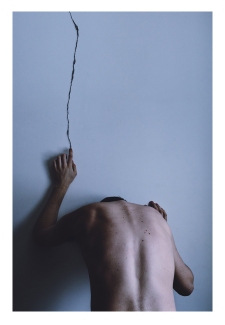 I was later informed that his photographs all contain little or no post-production in Photoshop—he has to create unworldly images from completely worldly factors (which is insanely beautiful at a time where this is increasingly rare).

Check out my interview with the wonderful Sean Mundy below—and go follow him on Tumblr and Facebook for regular photographic updates. DISCLAIMER: they will rip to shreds your expectations of what a boy, a camera, and an intensely innovative mind can do; but it’s guaranteed to be a beautiful destruction.

Auric Magazine: How did you initially become interested in photography and how did you get to where you are today?
Sean Mundy: I first got interested in photography when my parents bought me a little digital polaroid for a school trip to NYC when I was in grade 9. I never had a camera before then and even though in retrospect it was terrible, I loved that camera and brought it everywhere with me. Over time, I shot less spontaneously and began to plan out ideas for photos, and then I began a 52 weeks project wherein I attempted to take a photo every week for a year. I’ve gotten to where I am today by just putting my work online on various websites, nothing special or crazy. I’ve still got a long way to go but I look forward to shooting a lot more ideas and seeing where photography takes me and what opportunities might arise from it. 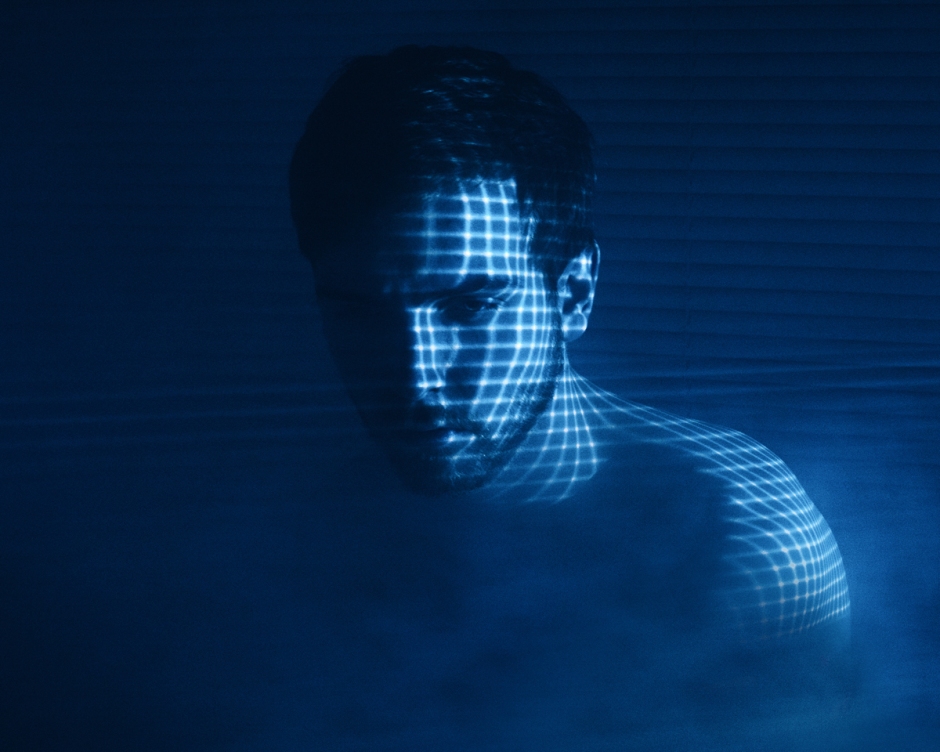 AM: What kind of gear do you use?
SM: At the moment, I shoot with a Canon 5D Mark II, a 35mm f/2.0 lens, and a 50mm f/1.4 lens. I had a Canon Rebel for the first few years of me shooting this, I’ve only had this camera for a few months now but the difference between it and my first DSLR is huge, I love it. I plan on buying some strobes soon as well and becoming more versed in studio/commercial work, and will also attempt to incorporate on location lighting with my personal work.

AM: When you go on a shoot what do you always bring?
SM: I always bring my camera bag full of my gear, and my sketchbook with most of my ideas doodled out in it. I like referencing the original doodle for an idea just before shooting it to get small details about it more set in my mind. 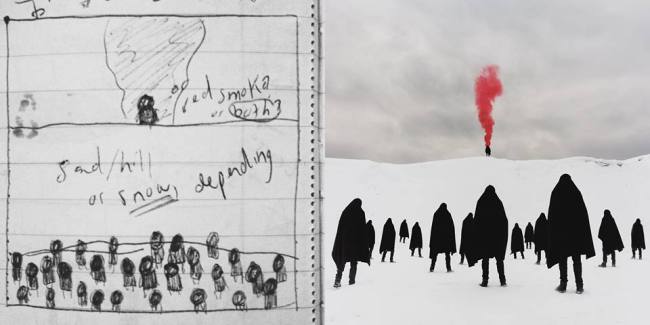 AM: Where do your ideas for shoots usually come from?
SM: My ideas are usually inspired by music, movies, sculpture, any other kind of art form that I can admire, really. That being said, I do try to come up with ideas with as little influence from outside sources as possible, but I don’t think pulling inspiration from other sources is horrible if you do it intelligently and don’t make it obvious you did. I see so many photographers (especially online) who just rip someone off completely and say they were “inspired” by them, can’t stand when people do that.

AM: If we were sitting here a year from now celebrating what an incredible year it had been for you, what would you have accomplished?
SM: Good question, haha. I think I would like to have finished a few series I’m really proud of, gotten a bit more attention off-line (representation by a gallery or small solo exhibits would be great), sold a lot of prints, released some music (I write/record music when I’m not working on photos), maybe done a collaboration with a friend of mine or something. I’d be pretty proud of myself if I accomplished anything along these lines. 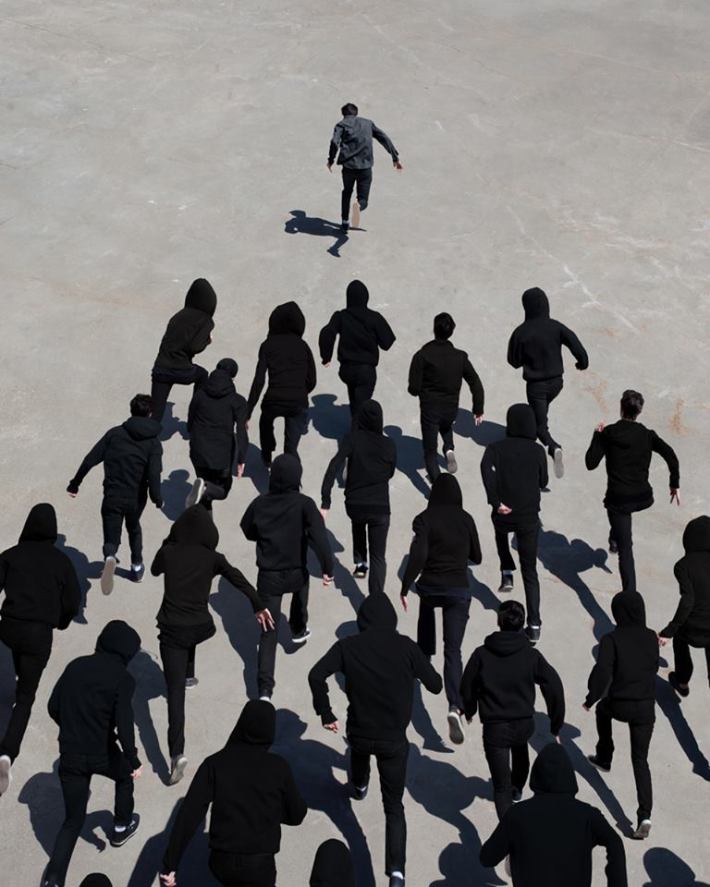 AM: Who is your role model (another photographer or not) and why?
SM: I don’t know if role model is the right word, but I am extremely inspired by Jackie Chan. I loved his movies growing up and still do, but I recently watched a documentary about his work as a stuntman and film-maker and the amount of passion and determination he has for his craft is absolutely insane. I feel anyone who does any kind of creative work would be just as inspired if they watched the documentary and saw just how many hours he poured into getting the fight scenes in his films just perfect, or how his study is full of ideas for stunts/locations to shoot.

AM: What are your favorite and least favorite parts of being a photographer?
SM: I think my favourite and least favourite part of being a photographer (especially for my style of photography) is having to create my ideas in the physical world to some extent. People don’t realize how much work can go into getting just one photo; they think everything can be done in Photoshop. While that’s true to a certain degree, I’m not good enough in Photoshop to do insanely realistic composite work so nine times out of ten I need to do crazy stuff to get a photo that I want. It’s sometimes very daunting thinking of how I’ll get an idea done with as little post-work possible, but on the flip side it makes for an interesting experience that I can have with friends or whoever is helping me with a photo.

AM: What’s your spirit animal?
SM: I’ve always been a fan of foxes. I’m not sure why. They seem really sneaky to me for some reason but are really beautiful animals. 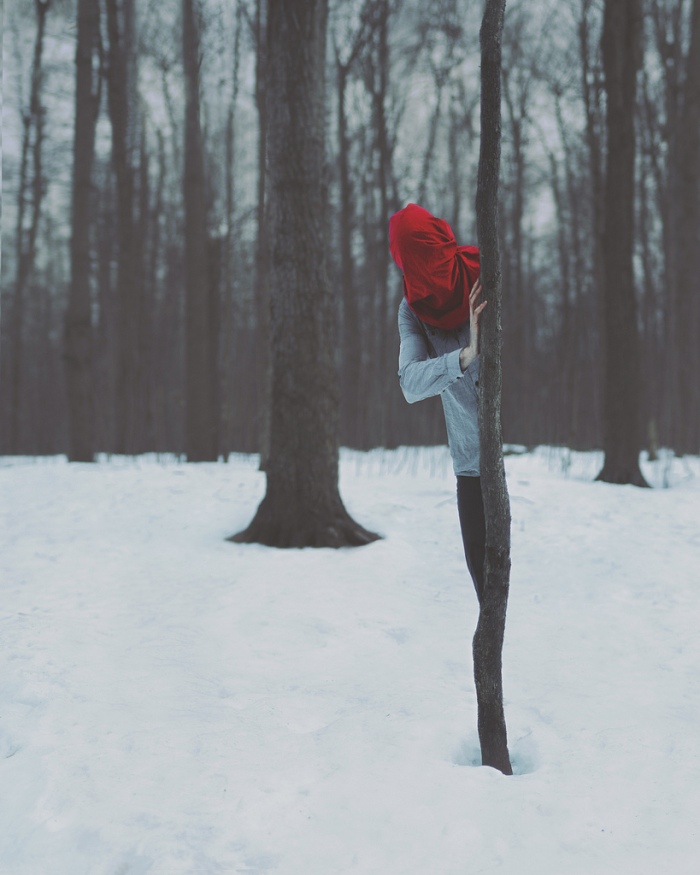 AM: What is one thing you wish you knew when you started taking photos?
SM: I wish I knew to start taking it seriously much sooner. There isn’t a rush to go out there and make amazing work, but I spent a good 2-3 years not really trying to do anything with photography (just taking photos at parties or with friends, once in a while taking personal photos), and wish those years would have been spent working on personal photos and bettering myself.

AM: What song best describes your photography?
SM: I don’t know if it best describes my photography, but I love the song “Avril 14th” by Aphex Twin, and if I had to play music for a showing of my work I would probably play that or something along those lines. If not that, I would choose something darker/more electronic like “Sound in A Dark Room” by Telefon Tel Aviv.

AM: Who are some of your favorite photographers and why?
SM: I’d say my favourite photographers are Kristian Schuller, Nicholas Alan Cope, Oleg Oprisco, and Storm Thorgerson. Kristian Schuller is an amazing fashion photographer but what I love about his work is that it is very much a huge production and the sets/locations he has in his work are beautiful. Nicholas Alan Cope is probably my favourite of all people mentioned; his work is extremely minimal for the most part but it flat out perfect. His lighting is always incredible, and his work almost seems to be more like sculpture than photography sometimes, I love it. Storm Thorgerson is the guy behind almost all of Pink Floyd’s album art and countless other classic rock albums. His team and him almost do everything on location with as little post work as possible as well, that’s something that I have a lot of respect for. Oleg Oprisco’s work is always very simple but it done in such a beautiful way, and the fact that his work is film instead of digital is pretty impressive.

AM: What is your favorite shoot you’ve ever done, and what is your favorite picture you’ve ever taken (I know this is hard)?
SM: I think my favourite shoot I’ve ever done would have to be shooting the photo “Kings Upon The Main”. I got a friend of mine to fall into a bathtub of ice cold water like 30 times on a hot summer day and was shooting from his rooftop to get a birds eye view perspective. It was one of my first times planning out a photo extensively and for that reason it’s probably my favourite shoot I’ve done. My favourite photo I’ve ever taken is probably “Sigil”, I had the idea for quite a while and when it came time to take it I was convinced that it would not look as nice as I thought it would, but it did, and I’m pretty proud of it. 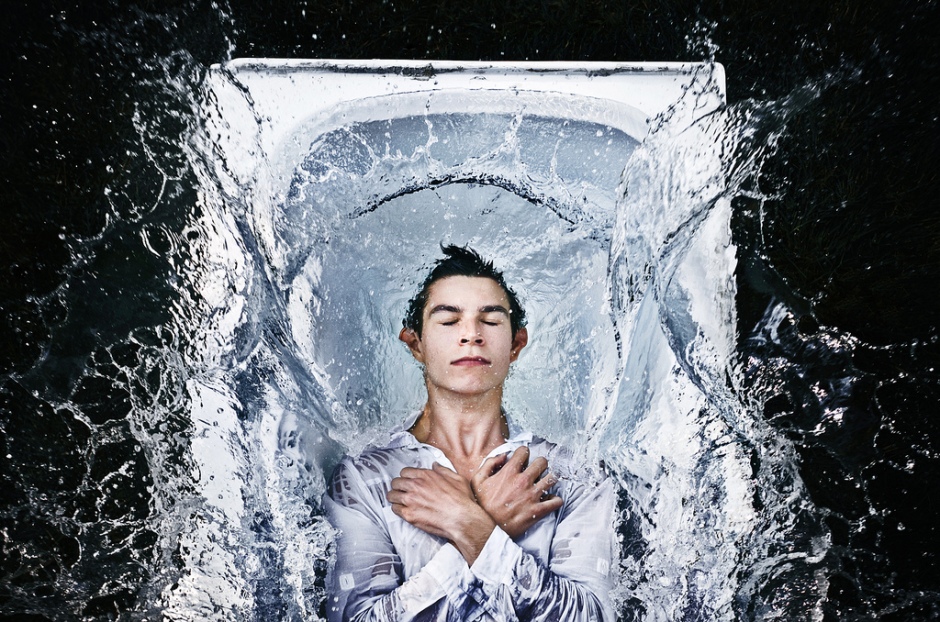 “Kings Upon the Main”

AM: What advice do you have for aspiring photographers?
SM: Figure out what styles you’re most comfortable with and continuously work at bettering yourself in those styles. Also don’t fall into the trap of doing what everyone else is doing, make work that stands out from everyone elses and will force people to recognize your work/style. Have as much fun as you can with everything, as well.

AM: What do you believe in most strongly?
SM: I believe that everyone has the power to change themselves for the better and to pursue whatever it is that makes them happy. I know too many people who say they would love to do something but they don’t know how, and therefore can’t. If someone is determined and patient, they can be who they want to be. 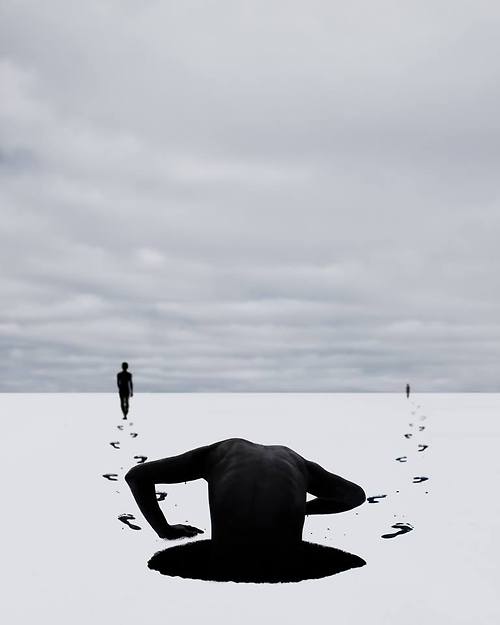 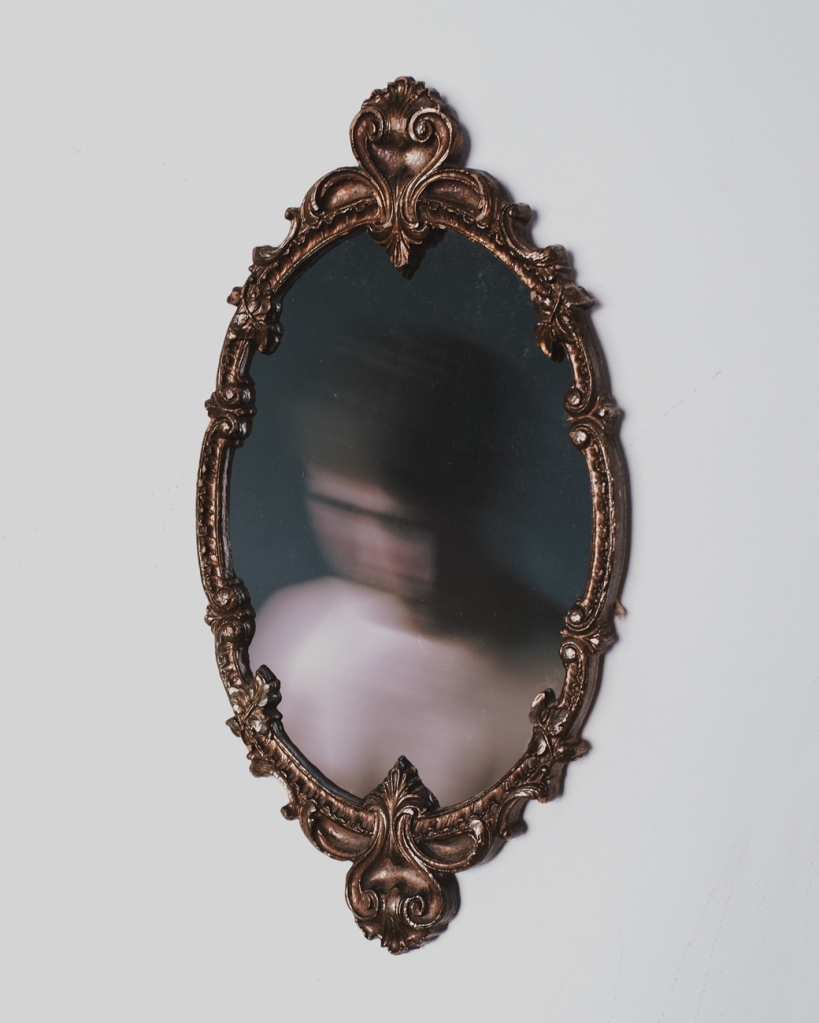 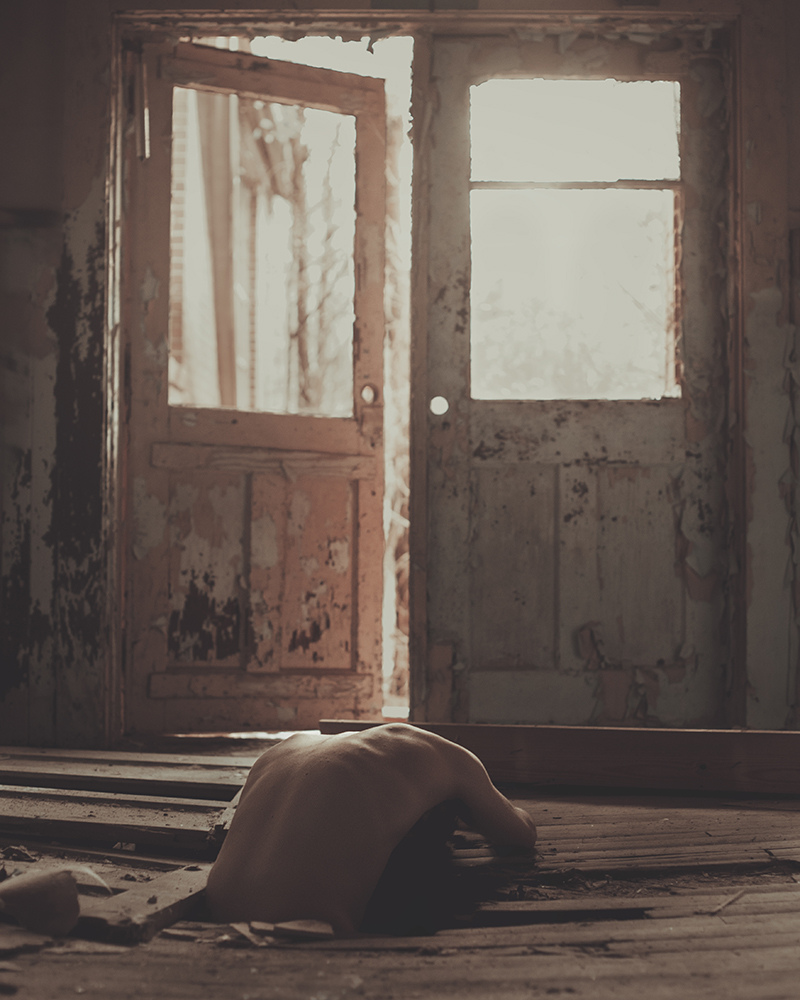 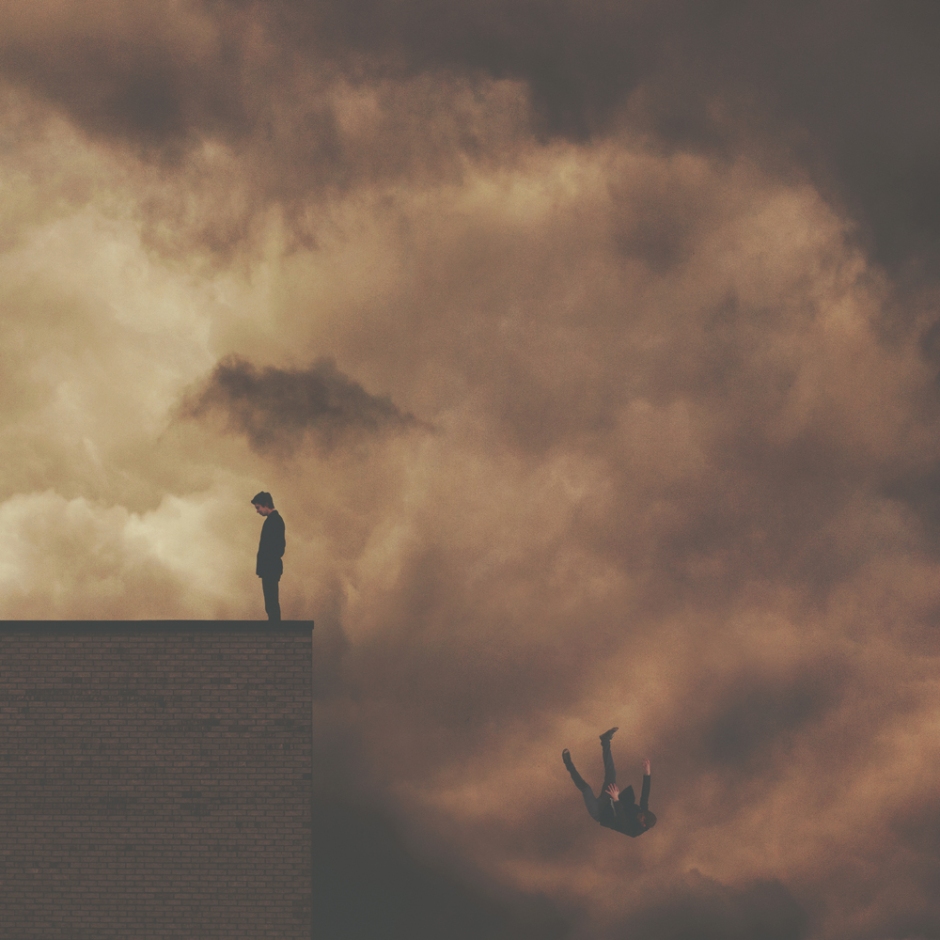