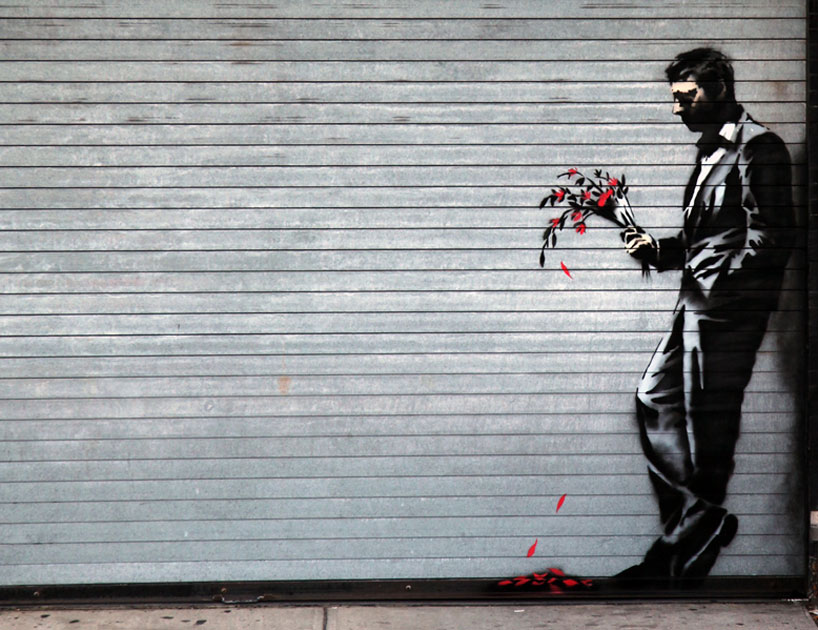 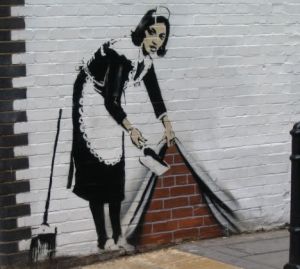 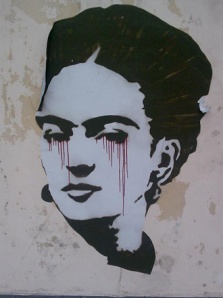 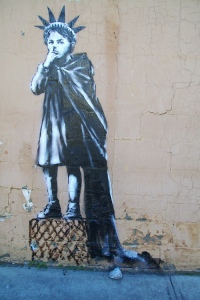 I will never overlook the moment when the artist, Banksy, was first brought upon my discovering, or rather my introducing. I was sitting in my graphic design class impatiently waiting for my teacher to be done with her customary lecture. As I was fussing around on random files on my computer, not quite tuned out of her usually monotonous speech, something had caught my attention. I began to closely listen to what she was saying as I realized it was actually interesting. She was unfolding the so-called “myth” of this enigmatic street artist. I was immediately drawn to the idea of this person mysteriously adding graffiti to walls and bridges with his touch of beauty around the world. It was a stimulating reminder of how many different types of art exist, and how to go about displaying them. Of course his work is not the typical vandalistic graffiti that you ignore as you race under the freeway bridge or speed past some irrelevant building. Banksy portrays his political and social views through his eye-catching artwork with a dash of dark humor. There have been rumors and attempted hypotheses, but his still hidden identity makes matters all the more exciting. Although my eyes have not had the pleasure to see his artwork in person, hopefully I will witness his godly touch on the streets of New York City in the near future.