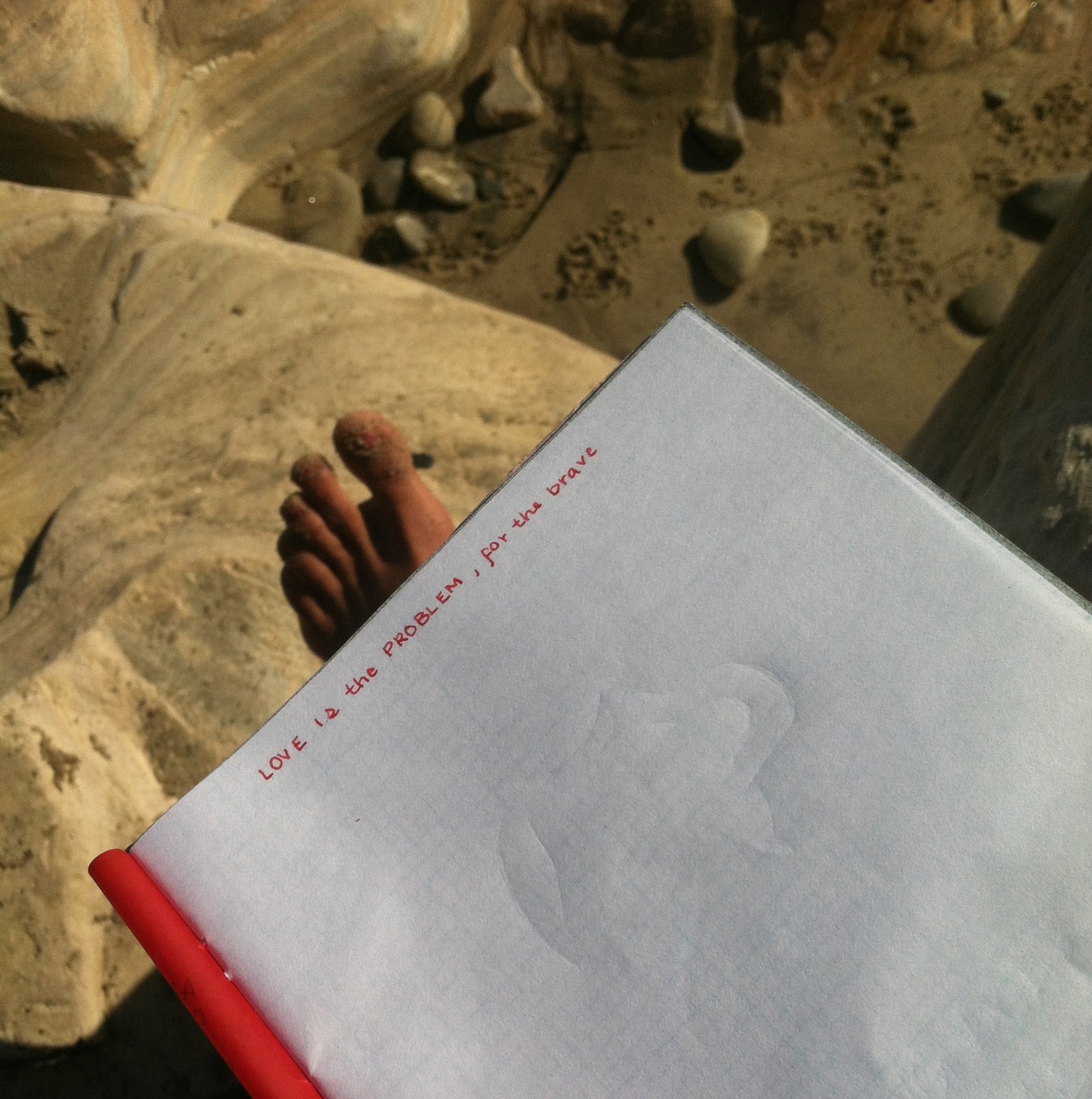 The people in my life are there because I chose them. They lie, they’re out. Its not an ultimatum, but if they fool me enough times, I become so hurt that I label them. Pigeon-holing them in my head as lying scum, unworthy of all the love they took from me. “I need to talk to you” he said. Nervous but quickly responding I said yes, of course.

We walked together, crossing two streets, not talking. My legs moved faster than I expected, they were weak from the heartbreak that had come during that week. Our walking led to a curb, it was a shady spot, it would do, we were both anxious to sit. I was anxious to look him in the eyes. We sat on the curb, our legs bending down as if expecting it to move before our bodies made it to sitting.

He began to speak, his eyes tearing up with his babbling. I was zoning out, there was too much emotion in his words, there was too much emotion in this situation for my body to handle. My eyes were staring at the sidewalk, blurring it into grainy smudges. It was a perfect visual for the white noise my mind converted his voice to. Then I heard “I kissed someone” these were the words that shook me from my trance. My throat dropped to the pit of my stomach.

“Fuck, You.” I remember how the words sharpened as they escaped from my mouth and plunged in for his heart. “Who? Who is someone?” I repeated this line pleading, unafraid of looking so vulnerable and naked.

He told me her name.

I hate you. I hate you. I hate you. The words were like a broken record in my head. His apologies meant little. Only a fraction of his words stuck to my mind. “It was the most disgusting… I can’t even explain to you how repulsive she is to me. Her lips were way too small, and she smelled awful. She forced herself on me.” I clung to these words. He tilted his chin upward, his dark green eyes staring into mine. “Maria, please believe me, I didn’t want to. I was terrified of telling you, I didn’t know how I would continue life if you didn’t want to be with me.”

Compassion came pummeling at me with these words. My love was so trusting. Too trusting. I hugged him, pulling his body as hard as I could into mine. This was the first of many conversations we had like this. They would begin with hurt, and end with my hand rubbing his back saying “Don’t worry, it’s okay.” This time it was okay. Only his first strike, the only thing he had ever done that hurt me. He was a cheater now, my mind had done it, categorized the boy I loved. My heart was trying the best it could to pull him out of that box, and strip him of that title. This took months of hearing him tell me I was the only girl he loved to kiss – I was the most amazing. I hated the girl he had kissed. I could not understand how someone could be so cruel, so manipulative to a heart broken boy and so ignorant to the feelings of the heart broken me. I knew she had never been in love, or at least I hoped that she hadn’t because then I would know that she was just naive and dumb and not malicious.

But these thoughts faded, the girl disappeared from his life. He told me I was the most beautiful person he would ever know. He loved me. We were companions. He knew how to pretend. I knew how to admire. We had good sex. The kind that sent us flying. With weed in our veins, we had great sex. Our love was a world of its own. Our minds were a magic of their own. Naked bodies and a warm bed was all we needed. This ended. His inner conflicts ended it, dragging our relationship through a turmoil that stretched for months. Then he decided. “I am never going to meet another person like you,” he whispered through imploring eyes. “I need you.” It was fear that grabbed me in these words. I was so afraid of being hurt, but I was too afraid of losing him. So my heart did as all hearts would and it leapt, which my brain could only hate it for. We were together again and still in love. Our eyes, our bodies, we felt it. Our private world of ecstasy did not return right away. I was holding back; he was holding back. We were both caught in fear.

Then, the girl he had kissed so many months before resurfaced. She became part of his new group of friends. Friends that he never truly felt himself around. I asked to meet them so that I would not feel so insecure about him being around her, but he did not let me near that part of his life. It was cowardly. I thought that maybe he was embarrassed of me. I’ve come to realize however that he was embarrassed of himself, terrified that the lies he kept up around that group of friends might be revealed with my presence. He told me I had nothing to worry about with that girl. “I am so not attracted to her you don’t understand. Since she got back I literally don’t find her attractive, Maria. And on top of that she tries so hard and it bugs the shit out of me. She wants to be a person as genuine as you, but she is doing it wrong.” I was comforted by these lines, but I was still frustrated. Why would he keep me hidden from his friends? His mind. He blamed it on his mind. I waited a month for his mind to heal, a month of exclusion. His mind did not heal. He did not want to lose me. I could no longer deal. It was over. Done. New Years Eve, the year ended along with a two year relationship, how cliche.

I was watching a movie the other day. It was a murder mystery. The young man loses his lover and says, “that type of love won’t happen twice.” His father pats him on the back and says,” Son, most of the time it doesn’t even happen once.” I wonder – about this line. My love with him was tangible. So real that our eye contact sent a feeling that our fingertips were close to catching in the physical world. Will it really only happen once? That is a terrifying thought. I don’t know how he will find someone who loves him better than me. Because my love is the strongest thing about me, It is my passion above all else. I believe that I will love again, and hopefully next time my man will be crazy enough to scream my name off a rooftop, naked and tell the world.

One thought on “This is How It Happened”